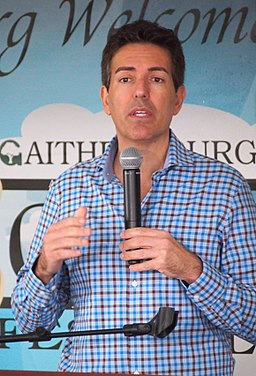 Wayne Pacelle is out as Chief Executive of the Humane Society of the United States! Although don’t let the news here fool you: Pacelle’s resignation was not because he or the HSUS board of directors thought the allegations against him warranted his removal.

In fact, hours before the resignation, the board voted 17-9 to keep Pacelle on at the helm of the organization. Amazingly, the board just didn’t find the allegations credible, even though settlements had been previously made to former employees that were demoted or dismissed after speaking about Pacelle’s conduct to others. Sources reported that “a majority of the board members calculated that cutting ties with Pacelle would do more damage to the nonprofit than keeping him in the post.” The board decided that Pacelle, who has held the position since 2004, had done such a good job expanding notoriety of the organization and largely increasing profits the allegations just weren’t sufficient to get rid of him.

Let that sink in for a second: the allegations of sexual harassment and a hostile work environment were not enough to get rid of Pacelle because he was making the organization so much money.

Not everyone was satisfied with the board’s reasoning. In fact, several people resigned their positions after the vote, including the HSUS Director in Iowa, who found it sick that the organization was prioritizing money over female employees. Reportedly, others also found the evidence compelling and were “stunned” by the vote. In case you’re wondering, The Washington Post reported: “The Humane Society investigation interviewed 33 witnesses, including Pacelle, outlining complaints from a former intern who said Pacelle kissed her against her will in 2005; a former employee who said he asked to masturbate in front of her and offered her oral sex in a hotel room in 2006; and a former employee who said he stopped by her office late one night in 2012 and asked her to salsa dance with him.”

But, you know, money.

Given the shady tactics HSUS employs to raise money and market itself to the public, I’m not surprised. HSUS uses all of those adorably heart-wrenching commercials of abused and neglected cats and dogs to induce folks to donate. In reality, less than 1% of HSUS’ annual budget actually goes to local humane shelters. Instead, HSUS takes the cash and puts it to work for the organization’s ultimate goal: ending animal agriculture. From state to state, ballot measures are offered up to voters with the mask of helping animals, though they usually have more sinister motives. All the while, HSUS is laughing all the way to the bank.

Forwarding that agenda is apparently more important than protecting female employees. How can an animal rights organization really stand by that principle? For all the talk of love and compassion for animals it spouts, HSUS cannot even create a safe environment for the women working to advance its own cause. HSUS is willing to look the other way while this happens, going so far as to pay off employees that do stand up and say something. The message here is clear: if you bring us lots of money, you get a free pass.

Yet, they think animal farmers are the bad guys??

Pacelle might be gone, but this entire drama raises important questions about the priorities of HSUS and the animal rights movement.

Hi, I'm Amanda. My family farms corn and soybeans in Southwest Michigan. I'm an attorney and I'm passionate about agriculture!

Don't let anyone tell you that modern agriculture and a healthy ecosystem can't coexist. My latest for AGDAILY
... See MoreSee Less

Farm and butterflies can coexist. Research shows it's not a crazy idea | AGDAILY

Finding ways for modern agriculture and monarch butterflies to coexist may keep these threatened insets off the Endangered Species List.

As I've said before, agriculture is a leader in real sustainability. By the way, one hectare is about 2.5 acres.
... See MoreSee Less

How to Feed a Nation
... See MoreSee Less

Can Science Finally Create a Decent Cup of Decaf?

Coffee is a moody fellow.

These mass tort cases--and the lawyers who bring them---are an absolute nightmare. While they once focused on pharmaceutical companies, they now have agriculture in their sights. And millions of consumers see advertisements about how dangerous crop-protection tools are, leading them to believe it's accurate.
... See MoreSee Less

I'm Amanda. My family farms corn and soybeans in Southwest Michigan. I'm an attorney by day, and "agvocate" at night.

As I've said before, agriculture is a leader in re

This is the worst part about January. #holidayblue

For reference, a hectare is about 2.5 acres. #farm

Why make a resolution you'll break before Wednesda

Happy New Year! I can't wait to see what this year